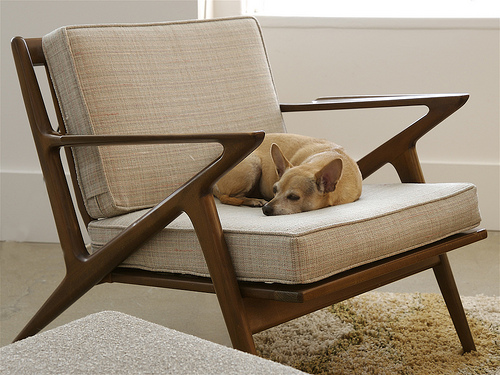 Infusing not only teak woods, mid century furniture focuses on the infusion of man made materials as well. Things such as fiberglass, and plastics have been extremely popular in the designs found in modern furniture. Denmark was the significant influence of the mid century furniture which can be seen from their modernism movement. Danish modernism designers found that the teak’s wood shade, strength and warmth helped make simplistic pieces so much more. The movement was embraced by a WWII tattered world looking to find simplicity at home.

Modern influenced furniture implemented a plethora of colors, textures, and designs into the creation of pieces. Mid century furniture emphasized the contemporary outlook which was being pushed away during the time period. By implementing ideas of hope and a bright future designers and artists alike implemented vibrant colors contrasted by the beauty and warmth of the teak home. Examples of such use can be viewed in the classics today such as the Eero Saarinen womb chair and the ever so prevalant Eames fiberglass chairs. If your familiar with mid century furniture then these two iconic pieces you’ve seen. White’s were also used in mid century furniture, as they allowed for the simplicity to be employed so much easier. 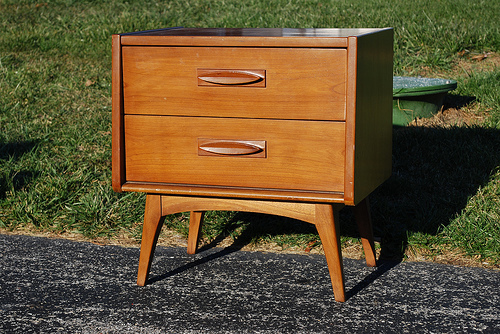 Mid century furniture would not be complete without such wonderful use of the cutting edge materials which were becoming readily abundant during those time periods. Prior to this time periods plastics, and other functional materials were not implemented into furniture nor were readily available. Plastics and other man made materials became ever so evident in the thousands of designs that were created around that product. Things like the Bakelite on table tops, along with the use of plexiglass by Herman Miller and Florence Knoll, all implemented these man made materials perfectly into beautifully masterpieced creations. A perfect example of these materials can be found in Herman Miller Eames LAR low low arm chair which was made of fiberglass. Saarinen’s tulip armchair is another great example of an iconic mid century man made material masterpiece.

The popularity of mid century modern furniture is evident in any interior design magazine that you pick up. The popularity and mid century movement has begun again and has seen popularity like never experienced before. This shows unprecedented signs that mid century furniture is a timeless appeal which isn’t going anywhere as long as names like Herman Miller, Knoll, and DWR exist. Here we are over fifty years later and people are still paying top dollar value for authentic mid century danish inspired furniture.

Ideas for Recycled and Refinished furniture, and also Refurbished and Repurposed Furniture.